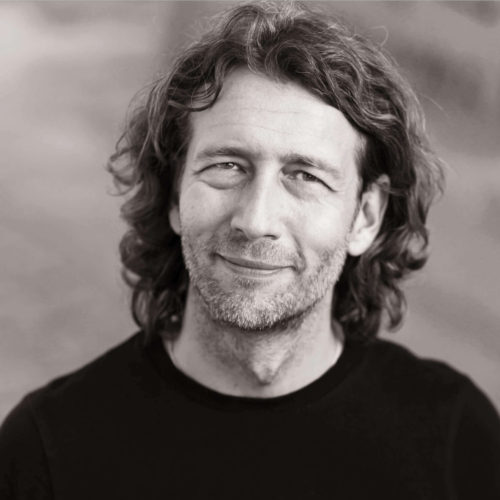 Born in Drama. At a very early age, he attended Greek traditional dance courses and later on, he turned to bouzouki lessons. He started conservatory studies (theory and classical violin) and attended oud lessons. He completed his university studies graduating from the Department of Music Studies, Ionian University.

He currently lives in Thessaloníki and works as an Assistant Professor at the Department of Music Science and Art, the University of Macedonia, where he teaches the course Musical Idioms of Greece and their Interaction with the Geology of the Area, Interpretation, and Performance, and also the Specializations on Three-strings Bouzouki and Tamboura.

She was born and raised in Thessaloniki and through her family environment comes into contact with singing and dancing for the first time. He participated in the Dance Group of Student Halls of Thessaloniki (HOFETH) initially as a dancer and then taught Greek traditional dances.

The years-long study of the Greek dance and music tradition and at the same time its engagement with traditional songs, are first recorded in Vangelis Dimoudis' work Sunset in the Evros, where he is involved as a singer.

A few years later they record with the Thracian traditional form of "border", the double cd "Evros", where he performs anecdotal songs of northern Evros.

He is also a part of Sofia Natsio's "Tonight" record label. Since 2010, she and "Stamatis Passopoulos" have created "Radio".

He meets Rebetiko for the first time in 2007 while singing at music venues in Thessaloniki where he meets Manolis Porfyrakis. 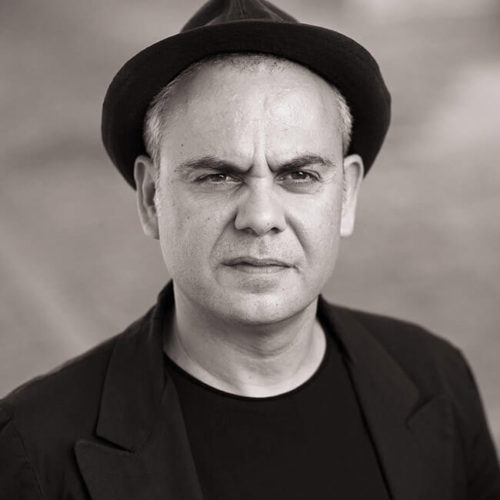 He was involved in music from a young age, initially empirical and subsequently conducting conservative studies in Igoumenitsa, where he was also born in Ioannina. She attended Harmony, Orchestra and Band, Piano and Fagoto Management courses.

She completed her conservative studies in 2011 (Fagotou and Fine Arts) in Thessaloniki, where she has been living and working as a musician since 1998.

His involvement with various instruments (fagoto, bass, piano, tricord, etc.), his studies as well as the ever-evolving artistic environment of Thessaloniki enabled him to participate in musical forms (Broken Seals, S.INK). , Dinos Sadikis, Boomstate), performances (D. Baslam - The Claw, Angry Concrete) and projects (collaborating with the XSOMA and SINEQUANON dance groups) as a performer, orchestrator and composer, thus capturing his general interest.

In recent years, through his involvement with the alternative scene on the one hand and traditional Greek music on the other, his interest in inter-war music and rebetiko song, which he has been writing and writing since 2012, has arisen. 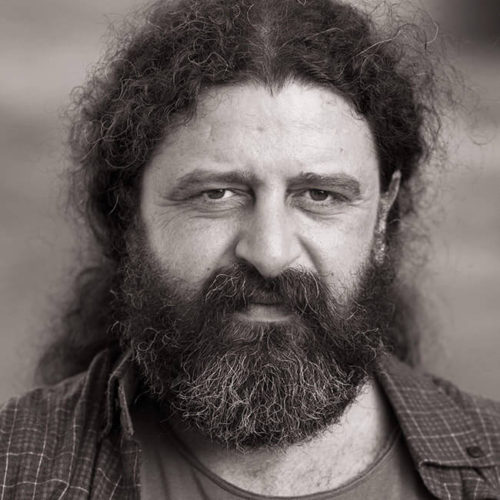 He was born in Veria and grew up in Agios Nikolaos, Crete, where he comes from. His involvement with music began with piano lessons. In 1999 she found him in Thessaloniki for a sound studies.

He studies and studies the style of traditional and rebetiko song as a guitarist and singer, attributing such characteristics to his own creations.

In 2011 he participated as a singer in Nikos Georgakis' record label "To be the sea", in which he performed two songs. He has collaborated with many on the rebetiko and folk scene such as Agathon Iakovides and Dimitris Mystakides.

The band’s repertoire has been defined by three major factors.

First, the band members’ shared interested in interpreting and performing songs and instrumental tunes from the rich Greek folk music tradition and from rebetiko music recorded between 1910 and 1930 mainly in Greece but also in the USA and Turkey.

Second, the band is composed of four voices, bouzouki, guitar and baglama, which is a standard model of a folk music band. This type of bands appeared in the 1930’s and composed original music based on traditional compositional forms.

Third, the study and use of specific techniques as far as musical expression, interpretation and performing is concerned that relate mainly to the traditional style [vocal tone colours, holding the drone, specific tuning (douzeni), etc].

Pliri Ntaxei’s sound is based on the traditional style of rebetiko during the interwar period as is recorded on that era’s discography. The desire to document that idiom led the band to record four LP’s comprising their own new – interwar rebetiko based – songs.

In live shows, the repertoire consists of songs from their discography as well as traditional old rebetiko songs.

Pliri Ntaxei have made various collaborations with artists from other domains such as video artists, designers, painters, photographers, sound engineers and producers establishing a wide range of affiliate activities.